The Malaysian Government must make it easy, simple and accessible for employers to legalise illegal foreign workers. We must also stop foreign workers from living in inhumane conditions due to their illegal status

The Minister announced that it will involve only the immigration Department (JIM) and the Department of Labour Peninsular Malaysia (JKTSM) and will not involve any third party.

The Recalibration Plan is allowed in only 4 sectors, namely construction, manufacturing, plantation and agriculture.

Applicants have to apply to JKTSM for a quota to employ foreign workers and to JIM through JIM’s Integrated Foreign Workers Management System (ePPAx) for the legalisation process. The flow chat of the applications is attach hereto. The process is clearly tedious and they become even more difficult when only one office of JIM at Putrajaya process the applications from whole of Peninsular Malaysia.

On 5th December 2020, JIM director general, Datuk Khairul Dzaimee Daud surprised many by stating that the labour recalibration plan only allows employers to legalise foreign workers who are already under their employment and new hirings that are taken from immigration detention depots. How do employers prove that they are their existing employees when there is no formal record these illegal workers are by employed by them? Those who want to hire illegal immigrants detained at immigration detention depots have to finance the repatriation of illegal immigrants being detained at these facilities at the ratio of one to one ! Clearly the Home Ministry has no intention to solve the problem of illegal foreign workers in Malaysia. We have every reason to suspect that the Home Ministry wants to perpetuate the current situation so that people with vested interest can gain millions of ringgit from the difficulty created by the Home Ministry to legalise foreign workers as exposed by the Parliament Public Accounts Committee. We call on the Malaysian Anti Corruption Agency to quickly move to investigate such abuses in the Home Ministry.

While the Home Minister has announced that no third party will be involved in the application to legalise illegal foreign workers, the Home Ministry has created a situation where agents have gone to town seeking to help get illegal workers legalized for as high as RM17,000 per worker!

Malaysians and Malaysia suffer the shame when news reports appear in foreign countries how our foreign workers are ill treated and live in inhumane conditions. The ill treatment and inhumane living conditions are often caused by the illegal status of these workers. Illegal workers do not dare to seek medical treatment even though they are sick or injured. Many stay in the jungle to avoid detection. Some women gave birth without medical assistance in the jungle. Others have to pay bribe to the police or enforcement officers to avoid being arrested. With the rise in the number of COVID 19 cases in the country, some of the workers may not want to get tested because of the fear that they may be detained.

We must treat foreign workers well as they contribute to our nation’s economy. However, they must be regulated. Legalising the illegal workers help us to monitor them and also to protect them. The Malaysian Employers Federation estimated there are 3.3 million illegal workers in Malaysia against 2.2 million legal ones.

We call on the government to make JKTSM a one stop centre to legalise the illegal workers and that JKTSM set up at least one centre in each district to process the applications due to the huge member of illegal foreign workers that need to be legalized. The process should be easy, simple and accessible to the employers. At the same time, the government should address the reasons why these foreign workers became ‘illegal’ in the first place (for example, because they refused to work for employers who did not treat them fairly) and to put in new policies to ensure that the labour rights of foreign workers are protected. 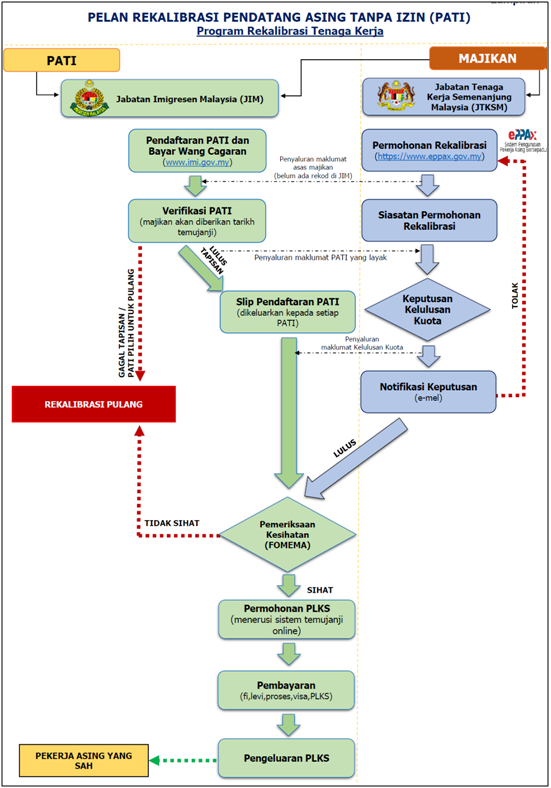 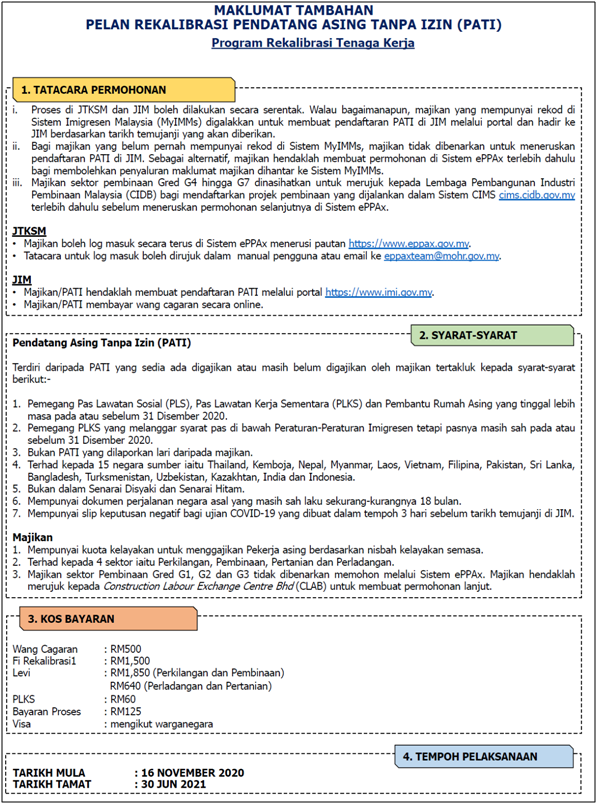