At the beginning of this year, PLUS caused motorists along the North South Expressway major headaches by closing down the SmartTAG lanes and replaced them with MyRFID lanes.[1] Not surprisingly, many motorists were caught by surprise and long queues were spotted at the MyRFID lanes probably because some motorists thought they could use their SmartTAG at these lanes and because some motorists may not have properly installed their MyRFID tags. Malaysians, being the creative people we are, came up with an alternative version for the RFID acronym – Reverse Forward Insyallah Detect.[2] This led to the decision by the government to force PLUS to put back the SmartTag lanes but with ONE MyRFID lane still available for those who wanted to migrate to this toll payment system. I want to share my own personal experience of using MyRFID since March 2022 and propose some recommendations on how to improve the toll payment infrastructure in Malaysia moving forward. 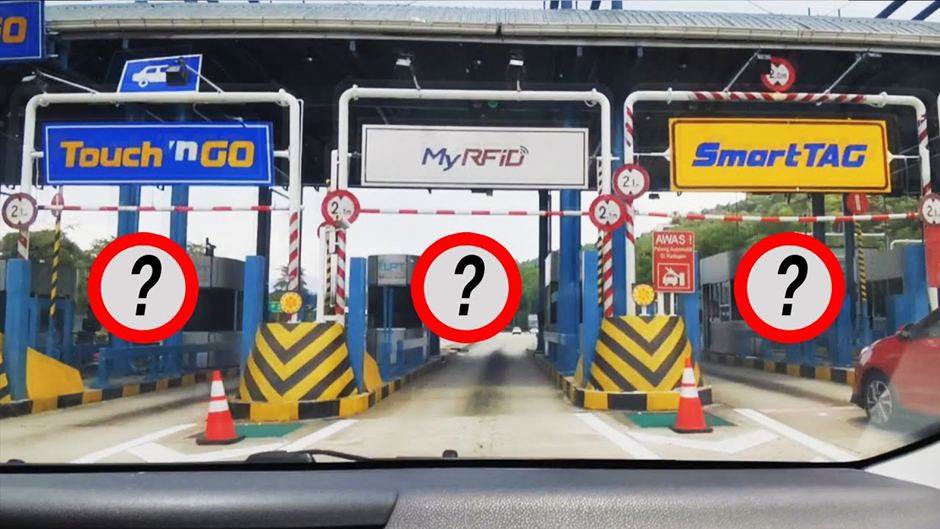 I started using MyRFID in March 2022 when I was campaigning in Johor during the state elections. I noticed that the many of the toll lanes in and near Johor Bahru did not have SmartTAG lanes. They only had Touch&GO and one MyRFID lane. The Touch&Go lanes had long queues especially during peak hours while the MyRFID lane was generally quite clear. It was very easy to order the MyRFID Tag via the Touch&Go EWallet App on my phone and it was also very easy to install the Tag on my windscreen.[3] (Paultan.org has a very useful guide on how to buy and install the MyRFID tag[4])

I have also encountered some minor challenges with MyRFID including (i) The gantry not being able to detect the MyRFID tag if I am driving too fast when approaching the barrier (happened just once in 3 months of usage) (ii) Having only one MyRFID lane means I cannot get to the lane because it is too dangerous to cut across a few lanes from the entrance to the Highway (this is the case at the Cheras Batu 11 entrance to the Cheras Kajang highway) (iii) Still needing to use the SmartTag lane if there are cars stuck at the MyRFID lane (iv) Forgetting that I used the MyRFID lane for entry into a close highway system (like the NSE) and then using the SmartTag lane for exit or vice versa.[5] I can see that many of the initial problems with MyRFID including detection of the tag, proper installation of the tag by users, ensuring that there is sufficient balance in the EWallet which is linked to the MyRFID account, have largely been resolved since the initial queues at the MyRFID lanes have largely disappeared. I definitely prefer using MyRFID compared to SmartTag and after my positive experience, I’ve also installed MyRFID for my wife’s car as well.

Moving forward, there are a few areas where requires PLUS, Touch&Go and the Ministry of Works (which regulates the highways via the National Highway Authority or the Lembaga Lebuhraya Malaysia) to work together to continue to improve the flow of traffic at the various toll booths around the country. My recommendations are:

Proper processing of big data at the various gantries, especially those with high traffic, can give a more up to date picture on the speed of traffic flow at the various lanes. If PLUS and Touch&Go can show that the speed of traffic flow is significantly faster at MyRFID lanes compared to the other lanes, this may push more highway users to install the MyRFID tag and the government target of 60% RFID usage by the end of 2022 may be achieved.[6] Big data analytics at the various toll booths may also help PLUS and Touch&Go identify areas of likely congestion where more assets such as support staff can be deployed to resolve payment problems.

If the ewallet balance of an MyRFID user is low, he or she can be reminded via SMS or other types of notifications. The user can also be encouraged to use the auto top up function in the TNG Ewallet. The same type of notification can be sent to those who have TNG cards linked to their Ewallets (for SmartTag users)

One of the most common reasons for vehicles getting stuck at toll booths is low balances in their Touch&Go or EWallets. Paul Tan, founder of paultan.org, proposed a very practical solution which is to allow for a one time negative balance charge in the Touch&Go card or EWallet, followed by a reminder / notification for the user to top-up his card or ewallet.

This is supposed to be done in 2023 but if it could be done sooner, this will speed up traffic flow especially for the entry and exit points along the NSE which have only 2 to 3 lanes.

This card, which allows non-physical top-up of the Touch&GO card is already being sold but in limited quantity thus far. Increasing the availability of this card will also enable easier topping up of the T&G card which means decreasing the likelihood of cars getting stuck at toll booths because of low balances.

Once a certain threshold of MyRFID users is reached, more SmartTag lanes should be converted into MyRFID lanes to further increase the speed of traffic flow at toll booths. This plan has to be executed together with the relevant stakeholders mentioned above.

Right now, MyRFID is owned and operated by T&G EWallet. There have been proposals to allow other payment systems to access the MyRFID tag so that highway users can choose from a number of payment systems to top up their MyRFID tag. This requires a policy decision and policy direction from the Malaysian Highway Authority which is an agency under the Ministry of Works. Having this option would take away the complaints that the toll payment system is currently being monopolized by T&G.

The Minister of Works has said that the eventual goal for the toll payment system is the Multi Lane Free Flow (MLFF) system where even toll gantries can be removed. A proper transparent pathway and timeline towards the realization of the MLFF is needed so that this transition can be planned properly.[10]

(For those interested in a lengthier and more substantive discussion on MyRFID dating back to 2019 which is still relevant today, please take a look at this youtube video by Soya Cincau – Let’s Talk about #14 RFID[11])

[3] I actually installed the RFID tag inside my car windscreen rather than outside and it works fine on the inside. Hopefully, it will last longer since it doesn’t have to suffer the wear and tear of the sun and the rain on the outside of the windscreen.

[5] Theoretically, the Automatic Number Plate Registration (ANPR) system should be able to detect one’s number plate upon entry and exit even if different types of lanes were used but I was deducted more than RM40 for using different entry and exit lanes once. It would have been too much of a hassle to contact the customer service center to resolve this so I took this “payment” for a lesson learned.